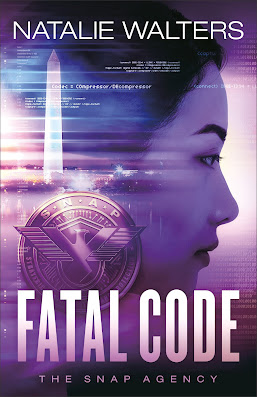 In 1964, a group of scientists called the Los Alamos Five came close to finishing a nuclear energy project for the United States government when they were abruptly disbanded. Now the granddaughter of one of those five scientists, aerospace engineer Elinor Mitchell, discovers that she has highly sensitive information on the project in her possession--and a target on her back.
SNAP agent and former Navy cryptologist Kekoa Young is tasked with monitoring Elinor. This is both convenient since she's his neighbor in Washington, DC, and decidedly inconvenient because . . . well, he kind of likes her.
As Elinor follows the clues her grandfather left behind to a top-secret nuclear project, Kekoa has no choice but to step in. When Elinor learns he has been spying on her, she's crushed. But with danger closing in on all sides, she'll have to trust him to ensure her discoveries stay out of enemy hands.
Natalie Walters sucks you into the global race for space domination in this perfectly paced second installment of her SNAP Agency romantic suspense series.
PRAISE FOR FATAL CODE:
"Fatal Code is reminiscent of cold war spy thrillers and riveted me to the page as I rooted for Kekoa and Elinor to expose secrets, survive danger, and fall in love." -- Elizabeth Goddard, bestselling author of the Rocky Mountain Courage series

"Warning: once you pick it up, you won't be able to put it down!" -- Andrew Huff, author of the Shepherd Suspense series

"Enough suspense to make you need warm milk and a cozy blanket to calm you down." -- Jaime Jo Wright, author of The Souls of Lost Lake and the Christy award-winning novel The House on Foster Hill
CLICK TO PURCHASE!
│ Amazon│Baker Book House | Christianbooks.com |
Barnes and Noble | Other Revell Affiliates|

It’s never fun to have a scene/chapter cut but sometimes it’s for the best. When my editor suggested cutting this scene, she mentioned that while the personal information revealed is relevant to Elinor’s character, it doesn’t truly move the story forward and could easily be interspersed throughout the rest of the story. The best part about an author/editor relationship is trusting one another enough to believe each is working to make the story the best it can be and in this case, I trusted my editor wholeheartedly and hit ‘delete.’ Here’s part two of what was cut:

“We received a call from one of our game managers.” Her mother slipped a pair of sunglasses on, unbothered. “They found an elephant caught in a snare and one of our herds is missing. We need to get back.”

Our herds. Not for the first time in her life, jealousy flared over an African game animal. “You’re flying back to Africa? When?”

“Our flight leaves in four hours.” Her father checked his watch and searched among the vehicles passing on 8th Street. “We’d love to stay longer but this is important. Our donors are depending on us.”

Elinor’s throat constricted with emotion. She was depending on them.

“Besides, it’s only a day earlier than planned.” Elinor’s mom said. “We didn’t have any big plans, right?”

No. They didn’t. But this was the first time Elinor had seen her parents in person in a year. When would the next time be? They’d only flown home because Gramps died. What would bring them back now? She cleared her throat. “Do you have time for lunch? We can grab something at the Red Door.”

“I wish we could but—” Her mother slid out of her cardigan and folded it over her arm just as a car pulled up. “We’ll call you when we get there and as soon as we take care of things, maybe we can make plans to fly to D.C..”

Elinor steeled herself not to grasp onto the hope of that happening. She’d been let down too many times before. “That would be nice.”

Both parents wrapped her in a hug that felt anything but comforting and she forced herself to keep her emotion in check. She would not cry in front of them.

Her mother’s hand, calloused with decades of living in the harsh African desert, lifted Elinor’s chin so their eyes met. “It’ll be alright, Elinor.”

Another quick hug and a kiss to her temple, her father helped her mom into the car with a final wave before disappearing.

Anger threatened to swallow her grief with a violent sob that Elinor quickly silenced with her hand. Tears turned her vision glassy and embarrassment warmed her cheeks at the emotional sight she must be standing in front of a church all by herself. If she stood here too long someone would recognize her and it wouldn’t take long for all of Maple Valley to know that her parents had left her—again.

Elinor kept to herself and rarely ventured out beyond going to school. It hadn’t taken her or her grandfather long to learn their roles as a new, unconventional family. She’d come home from school, help with chores around the house and work on homework until Gramps came home to fix dinner. In the evenings, he would spend hours telling her about his day at the university and what new, exciting theory his students were testing.

As a little girl, they fascinated her. Into her teenage years…his stories could hardly keep her attention over cute boys, teenage drama, or the latest episode of One Tree Hill or Gilmore Girls.

A noise escaped her lips. How often had she imagined her life a mirror reflection of Rory—the daughter forced to grow up before her time—or maybe it was Lorelai? The daughter who couldn’t live up to her parent’s expectations until it drove her away?

It was Maple Valley instead of Stars Hollow and it was her grandfather instead of her parents. At eighteen, when her parents missed her graduation, Elinor resolved to keep her hope in check from that point on. No expectations meant not being let down.

Elinor tried to cling to Gramps wisdom and his faith. She carried it with her when she went off to college in Georgia and then to D.C. when she moved there for work but over the last several years Gramps voice had quieted until the dementia all but silenced him completely.

Her insides squeezed, pushing a painful lump into her throat. She clutched the photo in her hand, wanting more than anything to hear him remind her that she was going to be okay—that she wasn’t completely alone.

A little sparrow landed on the sidewalk a few feet from her, hopping on the ground for a bit before taking off. She followed its flight across the sky, breathing in deeply. That was just for me, huh, Gramps?

Wiping beneath her eyes, Elinor started for her rental car. Humming, as the words of the familiar hymn Gramps would sing to her echoed in her mind.

“Why should my heart be lonely…when Jesus is my portion…his eye is on the sparrow…and I know he watches over me.”

Elinor would keep repeating it until she believed it once more. 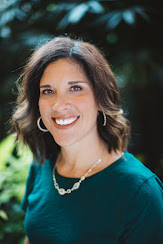 Natalie Walters is the author of Lights Out, as well as the Harbored Secrets series. A military wife, she currently resides in Texas with her soldier husband and is the proud mom of three. She loves traveling, spending time with her family, and connecting with readers.
◆ WEBSITE ◆  FACEBOOK ◆ TWITTER ◆
◆ AMAZON ◆ GOODREADS ◆
◆ BOOKBUB◆ INSTAGRAM ◆PINTEREST ◆ 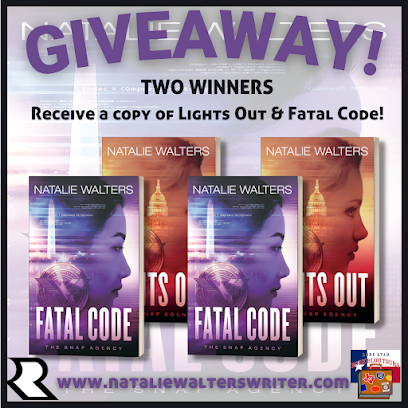 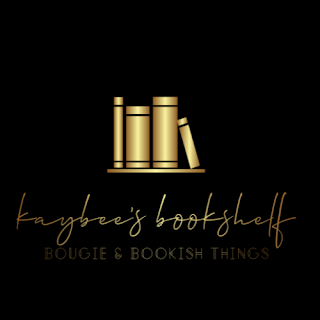