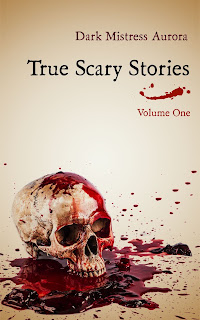 True Scary Stories: Volume One
Dark Mistress Aurora
As you turn each page, terrified, you won’t know what is real and what is not.

This is not just a horror novel or a true-life story, it's also a game. I wanted to write out my real-life supernatural experiences, but I also wanted to remain anonymous, so I disguise my identity by writing two fake stories along with every real story I tell.

It's your job to figure out which story is true and which ones are fake.

What people are saying about the series

Warning! Read at your own risk! Studying shadow men can cause them to visit you!

"Good and definitely worth reading again. Quick and. scary almost like recounting things that we've experienced. Those things that go bump in the night." A. Ronan

"The little book scared me more than 3000 of Steven King!" Trina D.

"These stories will scare you" - Anonymous

There are some people who attract darkness. It doesn’t mean they are dark people themselves, it’s just the hand life has dealt them. People like us feel a kinship when we first meet each other because no one else can understand what we have seen.

Many times, people like us were vulnerable in some way. I had parents who weren’t very protective of me growing up, for example, which left me exposed to certain people I otherwise wouldn’t be exposed to. A lot of us are also quite sensitive. We pick up on supernatural things that other people aren’t able to.

I never realized how truly strange my experiences were until I decided to share one of my stories on a website and it wound up being read and commented on many times.

It’s therapeutic to get these things off my chest. But I didn’t want anyone to figure out that any of it was me. I wanted to remain anonymous, because stories like these are controversial, and a pen name didn’t seem like it would be enough.

It doesn’t matter if you believe me or not, just know that two of these stories are fake and one is real. It’s up to you to decide which is which.

Dark Mistress Aurora has experienced creepy things her whole life, which has made her so shy she hides behind a pen name. 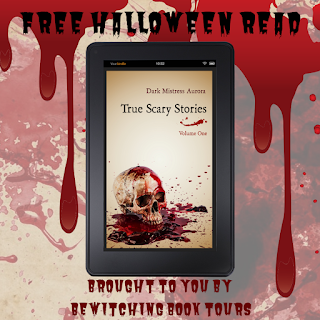