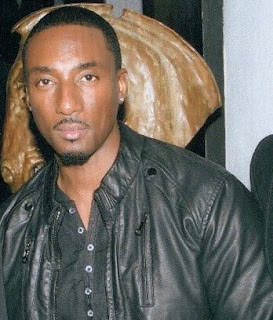 On the heels of his successful debut novel, Life After Death, I'm so pleased to be able to reveal the cover of the second novel of Author TJ Graham. TJ Graham was born and raised in Savannah, GA. Growing up, he loved the power that reading and writing had to take him anywhere. Graham enjoys creating stories that bring the readers along for the ride and keeps them guessing what will happen next. His debut novel “Life After Death" was released in June of 2018. His followup work, “Trapped” is set to be released in 2020 and his deeply personal novel “Songs of The Cicadas” in 2020
Graham currently resides in Atlanta, GA. He earned his B.S. in Chemistry from Clark Atlanta University.

So without further ado, here is the gorgeous cover for Trapped. 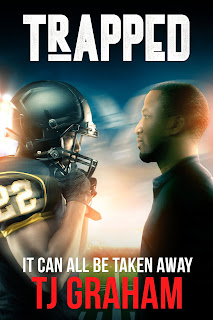 TRAPPED
A full football scholarship in his pocket, Isaiah Reynolds has a clear road to the NFL, and a one-way ticket out of his suffocating hometown. What he did not factor in was that even straight roads can have unexpected twists and turns. His girlfriend dropping the bomb that she is pregnant was one. Her tragic death was another. Now, Isaiah is faced with having to give up his NFL dreams to raise their son, Xavier, alone.

IT CAN ALL BE TAKEN AWAY
NFL bad boy Xavier ‘Zay’ Reynolds has everything he could ever want: Superstar fame, enough money to buy a small country, women love him and men want a piece of his magic. His world comes crashing down when his selfishness leads to a series of impossible events.
Impossible events that leave him questioning his sanity-- and fighting for his life.

Trapped will be available for pre-orders Thurs Jan 16th at www.iamtjgraham.com. The general release date is scheduled for Tuesday, Feb 24th.


To purchase Mr. Graham's debut novel, Life After Death, click the image below.