“God, if you’re listening, give me a weapon to defeat my enemies, the oppressors who beat me, the supremacy that killed my husband and others like him before and after.”
A weapon, I said. One to defeat my enemy, I said. What I didn’t account for, was becoming the weapon myself. Stupid, stupid, stupid Ember. Be the change you want to see, right?
The Belle Meade Plantation would drive anyone mad, and I’d reached my breaking point. Slavery, physical and mental, was the hell I, along with so many other of my beautifully chocolate counterparts, were trapped in, but today...it wouldn’t be the signing of the Emancipation Proclamation to set us free; it would be me!
Gifted with an unlimited amount of life force should be more than enough to avenge my loved ones and my sisters and brothers who came before me so that Ember willing, there won’t be any after! 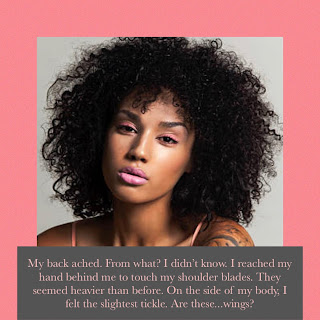 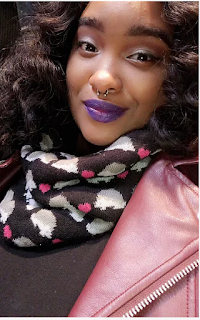 Sharpening Your Pen with Every Stroke--" Author. Editor. Literary Angel.Born in Nashville but very well-traveled, Tabitha Sharpe was raised to appreciate culture, the arts, and entertainment. When her father passed away in 1998, Tabitha took to writing as a coping mechanism where she felt instantly soothed through the pen.Growing up in the suburbs of Nashville years later, she was given many opportunities to participate in screenplays, puppet shows, and even write a few movie scripts for local artists. Tabitha Sharpe grew up too fast, getting into trouble, always feeling as if she had something to prove to others, and even herself, landing her in jails all over Tennessee, and in trouble more times than she cares to admit. After being incarcerated for a year in 2014, she emerged from the trenches with a dream and a goal, to not only do better, but be better, and in doing so, she decided to fulfill the long-time dream she'd always had for herself of becoming a professional writer. Tabitha Sharpe is not only a reformed criminal, but she is a vivacious, young author on the rise in her rebooted life.In 2015, Tabitha released her first full-length novel, Behind Our Husbands' Lies. To date, Tabitha has published over thirty books that can all be found on Kindle Unlimited on Amazon.