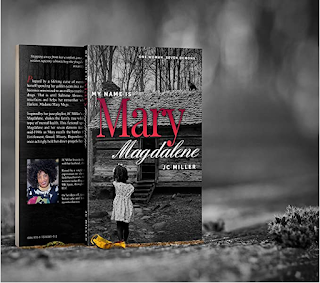 SYNOPSIS
Plagued by a lifelong curse of mental illness, Mary Magdalene finds herself spending her golden years in a mental asylum. Her once zealous life becomes minimized to an endless routine of over-stimulating antipsychotic drugs. That is until Salmone Abrams, a hidden jewel from her past, resurfaces and helps her remember who she once was—The Queen of Harlem. Madame Mary Mags.

BOOK REVIEW
This story focuses on the life of Mary Magdalene. She was born on the floor in a sharecropper's cabin. A birth that took her mother's life and set the tone for hers. The author takes us through  Mary's traumatic upbringing and current life by weaving in detailed flashbacks of the experiences that shaped the character.
JC Miller leans on a mix of Christianity and the practice of the "dark arts" to define the beliefs and practices of characters like "the Grandmother".  She captured her hard edge perfectly. The story also deals with some pretty powerful trigger subjects i.e. incest, mental illness, and physical abuse in medical situations to name a few. Miller also did a great job of world-building and setting each scene. You can feel the cole linoleum floors. The fish seeping through  Diddy's floors. The pain and angst in the moments with Richard changed her life in a whole new way. As a reader, I was completely drawn in.
The story moved very well. The characters, while not all were palatable, were developed. The author did her research down to finding relevant scriptures or quotes that tied each chapter into one another. My favorite line in the story was
" Everyone makes mistakes..but not everyone punishes themselves 24/7, 365 days a year. If you keep doing that, your life won't ever get any better."
I liked that not only did she give me an engaging story, but she also provided resources for those who have suffered from the many triggers that are in the story. I would recommend this story to anyone. 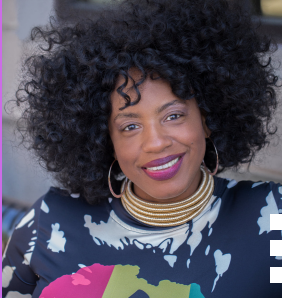 Raised by her mother in the Bronx, New York, JC Miller is a freshly anointed, faith-based literary artist who uses her childhood experiences to capture the ghetto's soul within her storytelling. As a former student of Chicago's Moody Bible Institute, and a graduate of Te' Hillah School of Urban Ministry, JC produces a depiction of the pop culture era in which she grew up in and creatively intertwines it with biblically-based characters and their divine accounts. She is also the co-founder of a nonprofit called Diamond Daughters Inc., an organization developed to help educate and uplift women of abuse. She has a sincere passion for baking as well. The gospel truly inspires her talent; her first paperback was a motivational cookbook self-published in 2012, titled: Finding God in the Kitchen: Christ & Cake, featuring some of her favorite cake recipes.
Her recently co-founded publishing company, Jess, Mo' Books LLC, features her debut trilogy, I Am Rahab: A Novel, released in 2019. They Call Me Gomer... is JC's sophomore, urban fiction coming-of-age tale about a troubled youth trying to recover her past by placing her future at risk. Raveling the rhetoric of '80s and '90s nostalgia with an entanglement, and a redemption plan, JC Miller, keeps readers in her thrall as she weaves a fantastic tapestry using the faith-based story of a prodigal wife in this modernized rendition of the biblical Book of Hosea. JC Miller lives in the scenic Pocono Mountains of Pennsylvania with her husband, children, and floppy-eared Bassador pup. On her days off, you can find JC whipping up her famous Red Velvet Cake and listening to songs from her impressive vinyl record collection.
Facebook | Instagram | Twitter | Web | Phone | Email