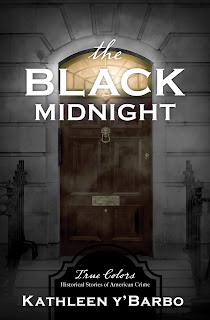 Two killers, two detectives, and a menace called The Black Midnight may be the death of both of them. Three years before Jack the Ripper began his murderous spree on the streets of London, a killer struck fear into the hearts of the citizens of Austin, Texas. Some believe one man is responsible for both, while others lay the blame at the feet of someone close to the queen herself. With suspicion falling on Her Majesty’s family and Scotland Yard at a loss as to who the Ripper might be, Queen Victoria summons her great-granddaughter, Alice Anne von Wettin, a former Pinkerton agent who worked the unsolved Austin murders case, and orders her to discreetly form a team to look into the London matter. One man is essential to her team, and she doesn’t want to consider taking on this challenge without his expertise. Unfortunately, he’s back in Texas, with a bad attitude and a new profession.
The prospect of a second chance at catching the man who terrorized Austin three years ago just might entice Isaiah Joplin out of his comfortable life as an Austin lawyer, even if it does mean working with the Queen’s great-granddaughter again. If his theories are right, they’ll find the Midnight Assassin and, by default, the Ripper. If they’re wrong, he and Annie are in a bigger mess than the one the lady detective left behind when she departed Austin under cover of darkness three years ago.
Can the unlikely pair find the truth of who is behind the murders before they are drawn into the killer’s deadly game? From Texas to London, the story navigates the fine line between truth and fiction as Annie and Isaiah ultimately find the hunters have become the hunted.
PRAISE for The Black Midnight:
“Warning! Don’t read this historical romantic suspense at night!” —DiAnn Mills, Expect an Adventure
“Impeccably researched with sparkling dialogue and riveting history, Kathleen Y’Barbo’s The Black Midnight puts a pair of star-crossed Pinkerton detectives on the trail of a Texas killer who may also be the notorious Jack the Ripper. Very highly recommended and sure to keep you reading well past your bedtime!!" —Colleen Thompson, RITA-nominated author of Deadly Texas Summer
“You're in for a wild ride as Kathleen Y'Barbo takes you on a story through some of America and Britain's grisliest murders and somehow manages to weave in a delicious romance. From Texas to London, the ties that bind may be more linked than you previously believed. Settle in for a novel of suspense and romance—just be sure to look over your shoulder every now and then!” —Jaime Jo Wright, 2018 Christy Award-winning author of The House on Foster Hill and 2020 Inspy Award-nominated The Curse of Misty Wayfair
CLICK TO PURCHASE:
Amazon ┃Barnes & Noble ┃Christianbook ┃ IndieBound ┃Bookshop

Please tell us a little about your background.

I am a tenth-generation Texan, with a habit of inserting wacky Southern relatives into my novels. I am a member of the Texas Historical Society and I would also be a member of the Daughters of the American Republic, Daughters of the Republic of Texas, and a few others if I would just remember to fill out the paperwork that Great Aunt Mary Beth has sent me more than once.

What are your favorite genres to write in?

I write historical, true crime, and cozy mystery novels. Recent historical releases include The Pirate Bride, set in 1700s New Orleans and Galveston, its sequel, The Alamo Bride, set in 1836 Texas, and The Chisholm Trail Bride, set in 1880s Texas and Louisiana, which features a few well-placed folks from the history and a family tale of adventure on the high seas and on the coast of Texas.

What is one random thing we might not know about you, something that has nothing to do with writing?

I attended a Mick Jagger concert in Jakarta, Indonesia, and a riot broke out outside the stadium. While Mick sang, people were burning cars and throwing Molotov cocktails. We didn’t find out what was going on until after the concert was over, and we walked outside to see what looked like a war zone. Possibly my most memorable concert experience, which is saying something since I was a teenager in the 1970s.

What is the last novel you read that you would recommend and why?

I just finished The King’s Justice, book nine of the Maggie Hope series by Susan Elia McNeal. I loved that entire series so much that I binge-read all nine of them in a row. And by reading, I mean I mostly listened to the books on Audible during my daily commute to my office, but I also read on my iPad and phone. I’ve just begun book one of the Maisie Dobbs series, both on Audible and Kindle.

Finally, what question would you like to ask our readers?

If you got to choose the plot of my next book, what would it be? 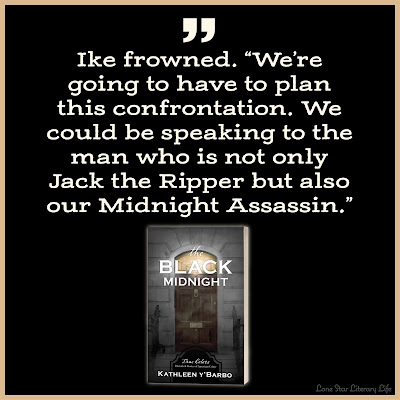 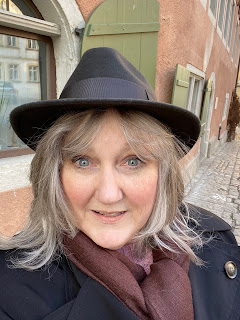 Bestselling author Kathleen Y’Barbo is a multiple Carol Award and RITA nominee and author of more than eighty books, with almost two million in print. A tenth-generation Texan and certified paralegal, she has been nominated for a Career Achievement Award as well a Reader’s Choice Award and several Top Picks by Romantic Times magazine. Kathleen celebrated her fifteenth year as a published author by receiving the Romantic Times Inspirational Romance Book of the Year Award for Sadie’s Secret, a Secret Lives of Will Tucker novel. Her novels celebrate life, love, and the Lord—and whenever she can manage it, her home state of Texas. Recent releases include The Pirate Bride, River of Life, and My Heart Belongs in Galveston, Texas.
Website ║ Bookbub ║ Facebook ║ Instagram ║ Amazon ║ Goodreads
---------------------------------
GIVEAWAY! GIVEAWAY! GIVEAWAY!
FIVE WINNERS!  One Winner: Signed copy of The Black Midnight + $20 Amazon gift card
Four Winners: Signed copy of The Black Midnight
AUGUST 6-16, 2020
(US ONLY) 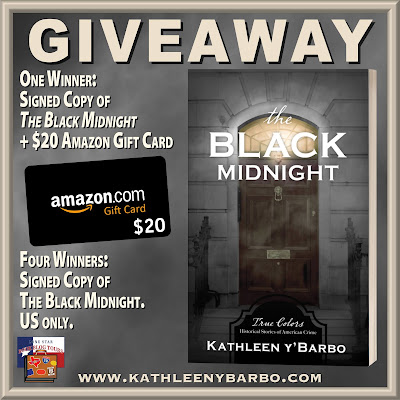