Jack Bigsby is the founder of InfiniTech, a billion-dollar, innovative tech company--and now he’s dead. In the shadows of this empire, rapid changes are taking place, while even the most senior-level employees are blind to them. A top-secret initiative birthed from the most wicked of humanity is spoiling the once virtuous empire. Jack’s daughter, Claire, is in a firestorm of danger, and the corporation now has plans for her too. With a host of strong characters, some set on discovering the truth and reclaiming InfiniTech and some set on altering the world forever at any cost, Timothy Moonlight’s debut novel will keep you turning the pages until the most frightening of realities have come true. The Last Word, a unique thriller twisted with mystery, will truly leave the reader with chills while whispering, “I never saw it coming.”

"Not to be missed, Timothy  Moonlight's startling debut The Last Word is a rollercoaster ride filled with twists, turns, and technology. With strong characters and an astonishing plot, Moonlight’s story kept me clinging to the safety bar until The very Last Word. 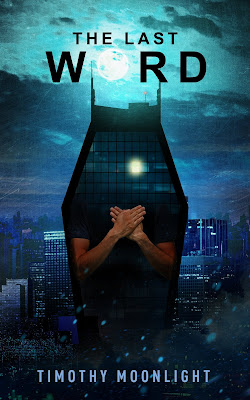 This was a technological/financial thriller. I'll start with what I liked. I think Moonlight did a good job of developing the characters. The primary plot was clear and ultimately resolved which will please readers.  I think the story written as it remained true to its genre. The author spent a good deal of time setting the stage with attention paid to the smallest of details. While it was clear within the second chapter the status of Jack Bigsby, it was interesting to see Claire, his daughter come around to what happened to him.  Moonlight created a bit of tension with the conspiracy theory that surrounded Jack Bigsby coupled with a bit of tension due to the murders that took place. I also found it easy to ferret the "bad guys" very early on, which only made the ride to the end that even more tense.   However, there was one person who I thought might be a bad guy that actually turned out to be a good one.  I am curious as to how the SWARM actually worked. I would have liked an explanation as to how that works. We certainly were provided a great visual. It was one of those things I could see as it was happening. There were some lulls and a bit of wordiness due to information that didn't help move the story forward, but nothing to truly distract from the story in that regard. While I could not connect initially, the author eventually pulled me in and held my interest.  I think lovers of techno thrillers will enjoy it. The content was relevant. The characters were developed. The plot was easy to follow.  But don't take my word for it. Get your copy today and don't forget to leave a review!
(Note: I received an ARC in exchange for my honest feedback.)

Timothy Moonlight is a mystery/suspense author who wrote his first novel when he was a teenager. Before college, he started a second novel, but his full-time job and dedication to a degree held him back from completing it. He sat on both of these novels for more than two decades. While his life has been filled with accomplishments, he has always maintained the desire to become a published author. In July 2018, he finally put that desire into action and began penning a new novel, The Last Word. With the ability to self-publish now readily available to any author, he wrote the first draft and began the editing process and hired an editor. Between the two of them, they went through the novel thirteen times, making revisions. He is now dedicating all of his free time to writing his next novel and making a go at a writing career. He firmly believes in multiple twists in his stories, some of which he hopes his fans never see coming. He is also passionate about developing strong, relatable characters with whom his fans can’t help but fall in love. 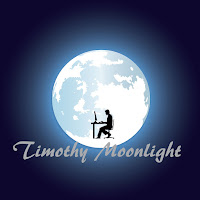