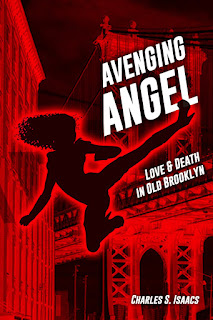 “Before you embark on a journey of revenge, dig two graves”-Confucius

This was the story of a young woman, Cassandra, who learns how to turn her pain into power and Mike the man who shows her that not all men who look like him mean her harm. I knew from the synopsis I was in for a potentially emotional ride and the author delivered. Young Cassandra moves from victim to vigilante. In early 1960s Mississippi, the height of racism and inequality in the south, a young woman is viciously attacked as a message to her family and the black community. The act changes the landscape of her future and sets her on a dark path that leads to her training and arming her mind and body for vengeance. She ends up in New York City with her father and unwittingly is set on the road to healing.  Along the way, she discovers friendship, love, trust and becomes a beacon of strength to many women. This story deals with racism, interracial relationships, various forms of violence against women and vigilantism.  While Cassandra was not a likable character by any means for me, I could appreciate the steps she took to heal herself and others. She along with her small circle of friends, including Amy a young woman she saved mid-attack,  offer women an alternative to being the victim.  I appreciated the realism the Author brought to the story. For example, the suggestion or acceptance of violence was delivered as if someone was asking for cheese on a burger seemed ………right. Even the way Cassie “hunted” was presented as commonplace and again it seemed right.  I think the author did such a good job of capturing the feel of “polite” racism when he dealt with Mike and his neighborhood. I loved the mafia element as well and Mike’s involvement was well written. The solution that Mike and Cassandra came up for him and everyone to deal with the “hunting” was interesting. What you won’t do for love is interesting. Probably as interesting as the sex that occurred after being on an adrenaline high from being involved in the demise of someone’s life. You’ll have to read the book for details.  I went through a few emotions as I read this story-anger, sadness, disbelief and finally contentment.  The author delivered a well-written story full of descriptive imagery and historical references accurate for the time frame it is written. It did not hurt that it was structurally sound and grammatically flawless. I would recommend this story to others in a heartbeat.

Now let's get you that book by clicking here. I would love to hear from you so, please let me know your thoughts on the novel as well.

I received this ARC in exchange for an honest review, which I am leaving voluntarily.