A Warlock's Kiss by Marie-Claude Bourque 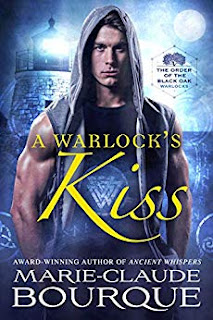 The relationship between  Kerela, a black panther shifter, and Diesel, a warlock, suffers after the death of her mother. She blames him for failing her the night of her mother's death. This tragedy begins the angst, anger, and manipulations by the two. Diesel needs something from Kerela to save his sister. And she wants to find her mother's killer.  The two characters are forced together to fight a common enemy. They learn they are a strong and formidable unit when fighting the enemy and saving his sister.

The story moved along at a quick pace.  You can't pack a lot into short stories, but I think the author did a good job setting up the series with this entry.

(I voluntarily received this book  in exchange for an honest review )