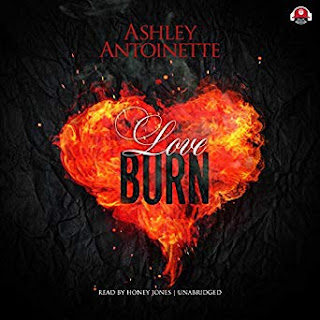 I listened to this story on Audible. Books 1 through 3 were combined as one. Honey Jones' casual, almost sleepy, delivery worked. She delivered on her performance. It’s hard to put a lot of character and plot development in short stories. That statement remained true for this story. None of the characters had any particular growth from book 1 to book 3. This story said a lot and yet nothing at the same time. It was short on action and heavy on inner monologues, which felt like nothing more than fillers that took up 75% of the book. It was interesting to see how the HIV storyline would play out being that the author didn't rely on the typical drug usage or homosexual encounters which is always the go-to reason as to how someone has contracted the disease. Noni, the heroine, was a weak woman who spent much of her time proclaiming that she couldn't live without a man. She wore her thirst like a coat of armor. I didn't quite understand what was appealing about her to men. What made the connection between Noni & Dom so powerful? We were told about it, but I didn't get a sense of the why of it. Hmm, I'm on the fence with this story. I guess I still look for the "Cartel" level of writing that was delivered in the first book of that series. That was my first experience with the husband & wife duo and I expect that same level of delivery every time whether they collaborate or not.