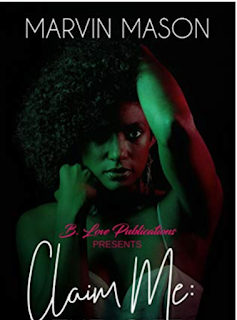 Synopsis
The las thing Bernard Covington wanted to do was see Chanel Robbins. As her only option for a ride from the airport, Bernard reluctantly agrees to pick her up from the airport--seeing her for the first time in years at the start of the Easter weekend. Like star-crossed lovers, Romeo and Juliet, Antony and Cleopatra, and Queen and Slim, Bernard and Chanel, after eighteen years, finally decide to address a dilemma head on that’s held them back for so long.
As they rekindle a flame that has burned between the two since childhood, they must also contend with a secret that Chanel harbors, her possessive ex-boyfriend, Billy Redmond.
Will Chanel survive to see the only chance she has to be with the one man she claimed as her own during their childhood together or will her secret destroy her future before it begins?

Book Review
Bernard and Chanel who grew up as cousins through marriage, but "claimed" each other as children as "the one". It appears everyone knew that they were in love with each other or at the very least meant to be together and encouraged them to do.  They both had to come to terms with the fact that their love was one that would not go away. Chanel's return from work as a social media model sets them on the path to fully claiming each other in a romantic sense and unfortunately, they encounter a tiny roadblock.
The author presents a unique romantic relationship. I think the story has good potential because the premise is solid. Two young lovers overcoming outside forces attempting to hinder their relationship. While there were several issues from a structural standpoint( flow, writing style, transitions, coherency), I did want to see how the story would unfold so I read the entire series.

There were several moments when I felt like I was missing a part of the story. A character would have an intense reaction or state that they were acting a certain way, however, there was no evidence to support it.  This was categorized as women's fiction, but it did deal with the relationship between two people so chemistry and romance were needed, but then again maybe they were not meant to be that type of couple. I was left with many questions at the end of each book and that was because I was only partially privy to Bernard's and Chanel's lives.  Honestly, I think if the missing holes were filled in I would have truly enjoyed the entire series because there was potential for romance, deception, betrayal, and drama.


But don't take my word for it, please secure your copy of the series and support the author by leaving a review. I would love to hear your thoughts. Happy reading!