Sweet Home Alabama meets Top Chef when Miami’s most determined image consultant clashes with Samoa’s most uncooperative chef in a race to rebrand him as South Beach’s newest star.
Brett Fontaine learned early that appearance matters and not to count on anyone but yourself. Trading her red-dirt roots for the title of Miami’s go-to image consultant, she refuses to let anything jeopardize her new life.
Not an influential client-turned-stalker who’s up for parole.
Not post-kidnapping panic attacks.
Certainly not the stubborn, attention-phobic chef she’s challenged to transform into a celeb in ninety days.

Will Te’o can almost taste the dream he sacrificed American Samoa, culture, and cherished family ties for—opening a four-star restaurant in the most cut-throat culinary location in North America.
Unfortunately, that requires navigating it’s equally cut-throat social scene. When his first public performance ends in a social media spectacle, his only option is turning to the stiletto-wearing nemesis who’s invaded his kitchen.
Neither expected to share anything but barbs, yet somewhere between accidentally bonding over comfort food and office-wrecking sex, they’re named South Beach’s hottest pairing. Until Brett’s stalker engineers a reputation-shattering reveal. She may be going down, but she’s not taking Will’s dreams with her. Now, Will’s pulling out all his new skills and cooking up a last-ditch event. He’ll prove to Brett that relying on the right person makes for the perfect recipe—or be left heartbroken in the spotlight. 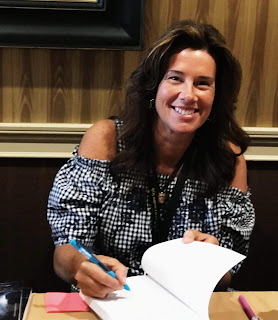 Janet Walden-West lives in the southeast with a pack of show dogs, a couple of kids, and a husband who didn’t read the fine print. A member of the East Tennessee Creative Writers Alliance, she is also a founding member of The Million Words craft blog. She pens diverse Urban Fantasy and inclusive Romantic Suspense and Contemporary Romance.