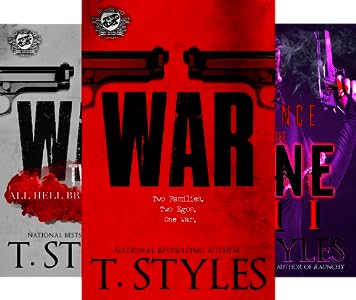 Raised in complete poverty, fourteen-year-old Banks Wales's world is rocked when his mother is murdered. If not for his best friend Mason, the son of a kingpin, Banks would be alone.

One rich, the other poor, the two do their best to stay alive and navigate the murderous streets of Baltimore.

There's one problem. Banks' father sees the young king's affluent lifestyle as a reminder that he is lacking as a father and a man. So he makes a vicious move. One that puts his, and Banks' life in extreme danger.

Before long bodies drop and others rise to power. But when the smoke clears, the two childhood friends are separated by rage that spans a generation.