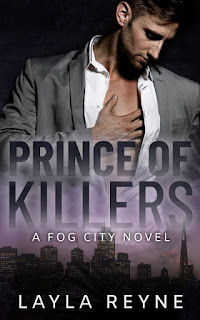 Prince of Killers by Layla Reyne

No indiscriminate killing. No collateral damage. No unvetted targets.

These are the rules Hawes Madigan lives by. Rules that make being Fog City’s Prince of Killers bearable. Soon, he’ll be king—of an organization of assassins—and the crown has never felt heavier. Until the mysterious Dante Perry swaggers into his life.

Dante looks like a rock god and carries himself like one too, all loose-limbed and casually confident. He also carries a concealed weapon, a private investigator’s license, and a message for the prince. Someone inside Hawes’s organization is out to kill the future king.

In the chaos that follows the timely warning, Hawes comes to depend on Dante. On his skills as an investigator, on the steadiness he offers, and on their moments alone when Hawes lets Dante take control. As alliances are tested and traitors exposed, Hawes needs Dante at his back and in his bed. But if the PI ever learns Hawes’s darkest secret, Hawes is sure to get a knife to the heart—and a bullet to the brain—instead.

There’s no shortage of twists and turns in this new romantic suspense trilogy from Layla Reyne. Prince of Killers is book one of three. Fair warning: buckle up, cliffhangers ahead!

Praise for Prince of Killers:

“Layla Reyne is an auto-buy author for me. She writes it; I devour it. Prince of Killers is an amazing start to a new series. It’s fast-paced and intriguing with the perfect balance of action, passion, and plot twists I’ve come to expect from her books. Layla never disappoints, and I can’t wait to see what happens next in her Fog City series.”  – Aimee Nicole Walker, Bestselling author of the Curl Up and Dye Mysteries

“Prince of Killers gives us everything we adore about Layla’s writing: bullets, boys, and betrayal. From the very first page, Hawes and Dante have sexual tension that sparks off the page. They don’t trust each other, but they have to work together to uncover a traitor in their midst. The result is a steamy dance of push and pull that left me itching for more. I’m excited to recommend Layla Reyne’s Prince of Killers and see what’s next in her new Fog City series!” – Lucy Lennox, Bestselling author of the Made Marian and Forever Wilde series.

"This book made me reach for the 'Oh Sh*t' handle every time I picked it up." –Erin McLellan, author of the Farm College series.

Hair and double denim. My favourite things! –Allison Temple, author of The Pick-Up and Top Shelf

“I bloody loved it!” –Lily Morton, Bestselling author of the Mixed Messages series

"Layla Reyne redefined what a family of assassins looks like with "Prince of Killers." The "Fog City" series kicks off with some mind-blowing twists and I can't wait to see what happens next." - Jeff Adams, Big Gay Fiction Podcast

"PRINCE OF KILLERS is a suspenseful ride through the streets of San Francisco, and the ins and out of a tight-knit crime family. I couldn't stop reading, and when I hit the end, I wanted the next book immediately!" - Hailey Turner, author of the bestselling Soulbound series and the Metahuman Files series. 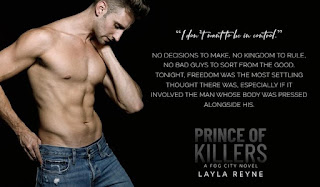 “I don’t want to be in control.” No decisions to make, no kingdom to rule, no bad guys to sort from the good. Tonight, freedom was the most settling thought there was, especially if it involved the man whose body was pressed alongside his.

“Do you trust me?” Dante said.

Hawes’s eyes popped open, and an unexpected laugh bubbled out of him. “I’m not giving you control of my family’s empire.”

One corner of Dante’s mouth turned up in a sexy smirk. “I don’t want that either.” With his arm around Hawes’s waist, he shifted them so they were in front of the ladder, Hawes’s back against the rungs, Dante’s body blanketing his. The pressure, front and back, massaged away any lingering soreness from Ray’s hit last night. Not that Hawes would care when Dante’s long, strong fingers were skirting up the side of his face and into his hair, threading through the strands and cradling his scalp.

Hawes couldn’t look away, couldn’t stop his hands from curling into Dante’s gray tank and hauling him closer. “Please.”

“I want control of you.” Dante’s soft lips brushed the sharp right hinge of Hawes’s jaw. “Let me help you.” He moved to the other side. “Let me make you forget for a while.” Then to the crease at the bottom of Hawes’s chin. “Let go for me.” 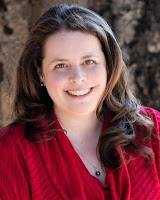 ents Irish and Whiskey, Trouble Brewing, and Changing Lanes series. A Carolina Tar Heel who now calls the San Francisco Bay Area home, Layla enjoys weaving her bi-coastal experiences into her stories, along with adrenaline-fueled suspense and heart-pounding romance. She is a member of Romance Writers of America and its Kiss of Death and Rainbow Romance Writers chapters. Layla is a 2019 RWA® RITA® Finalist in Contemporary Romance (Mid-Length) and 2016 RWA® Golden Heart® Finalist in Romantic Suspense.

Get to know more about Layla Reyne in this fun Review Tour Q&A!

Yes! One of my day jobs is as a legal resource editor, and I always have an audiobook playing when I’m doing that work. The Tales of Verania series by TJ Klune, narrated by Michael Lesley, is an absolute treasure.

This one! Cate Ashwood who did all the Fog City covers sent me the cover concept for Prince of Killers first, and I screamed “Holy Shit!” so loudly that my dogs startled. And I kept repeating “Holy Shit” for like the next week. She deserves so much credit, as does Wander Aguiar for the gorgeous photos, and Patrick Sean (the model) for just being that damn gorgeous. 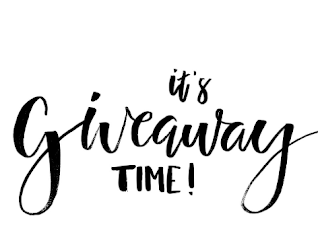 ***Get Phenomenal Romantic Suspense by Layla Reyne on Sale!***
Carina Press has CRAFT BREW on sale for the month of June at only $1.99!