The Awful Truth About The Sushing Prize

Synopsis: Writer Marco Ocram has a secret superpower—whatever he writes actually happens, there and then. Hoping to win the million-dollar Sushing Prize, he uses his powers to write a true-crime thriller, quickly discovering a freakish murder. But Marco has a major problem—he's a total idiot who can't see beyond his next sentence. Losing control of his plot and his characters, and breaking all the rules of fiction, Marco writes himself into every kind of trouble, until only the  world's most incredible ending can save his bacon.

Praise for the Author

‘True literature is created only by madmen.’
—Yevgeny Zamyatin
‘Always write the first thing that comes into your head.’
—Herbert Quarry
Marco Ocram, author and sleuth extraordinaire, has to finish his next best-seller, even if it ends up killing him.

The writer and the hero are one and the same in what evolves into a mystery. A writer who has a "superpower" that allows what he writes to come to fruition. Kind of like the episode of Charmed when the kid wrote the sisters as superheroes on paper and they became them in real life, but I digress.
This was my first read by this author Marco Ocram (you see what he did there right?). I was several chapters in before I really caught on. Yes, I felt less than smart to not realize that the point of view was that of the writer who had written himself into the actual story. There were moments even in my confusion that I chuckled a time or two and then the mystery part kicked in and I felt like I might be on stable ground. If the story was to prove that writer's are mad scientists that create and must get out whatever is in their heads, then this author succeeded beyond his wildest dreams.  I don't know if the writer is completely brilliant or ridiculous. What I do know this book will not be for everyone who looks for humor in mystery or either in the abstract. I say read it and decide for yourself and can you come back and let me know? I'm still on the fence. I have a feeling my views may change once I sit with it for a while.
Thank you to Tiny Fox Press for the opportunity to review such an eccentric piece. I received an ARC of this book and this is a voluntary and honest review.


About the Author
Little is known of Marco Ocram’s earliest years. He was adopted at age nine, having been found abandoned in a Detroit shopping mall—a note, taped to his anorak, said the boy was threatening the sanity of his parents. Re-abandoned in the same mall a year later, with a similar note from his foster parents, he was homed with his current Bronx mom—a woman with no sanity left to threaten.
Ocram first gained public attention through his bold theories about a new fundamental particle—the Tao Muon—which he popularized in a best-selling book—The Tao Muon. He was introduced to the controversial literary theorist, Herbert Quarry, who coached Ocram in a radical new approach to fiction, in which the author must write without thinking—a technique to which Ocram was naturally suited. His crime memoir, The Awful Truth about the Herbert Quarry Affair, became the fastest selling book of all time, and made him a household name. It was translated into every known language—and at least three unknown ones—and made into an Oscar-winning film, a Pulitzer-winning play, a Tony-winning musical, and a Golden Joystick-winning computer game.
Ocram excelled at countless sports until a middle-ear problem permanently impaired his balance. He has yet to win a Nobel Prize, but his agent, Barney, has been placing strategic back-handers. Unmarried, in spite of his Bronx mom’s tireless efforts, he still lives near his foster parents in New York. 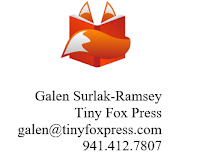