A Papi Got Me: Jada 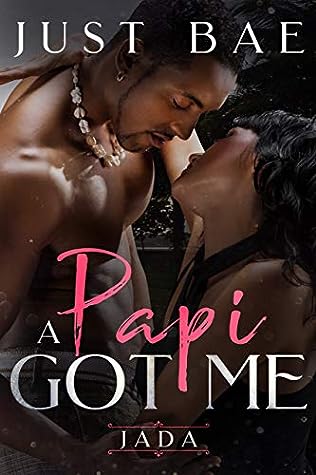 When college dropout Jada Simmons goes for an interview as an assistant to mystery writer Javier Rodriguez, she encounters a man who is sexy, brilliant, and intimidating. The unworldly, innocent Atlanta girl is startled to realize she wants this man and, despite his introverted ways, finds she is desperate to get close to him. Unable to resist Jada's quiet beauty, swag, and independent spirit, Javier admits he wants her, too—but on his own terms.
Shocked yet mystified by Javier's singular erotic tastes, Jada hesitates. For all the trappings of success—his writings, his wealth, his getaways—Javier is a man tormented by his own sexual fantasies and consumed by the need to control. When the couple agree on a daring, passionately physical affair, Jada discovers Javier's darkest secrets and explores her own.

The story moved well, the scenes were detailed and engaging. The characters were developed enough that I got a sense of who they were. I will say that while I did like the way Javier was written, even with the surprise ending, Jada was a different story. She was difficult to like, which is a testament to the writer's writing. She was written immature, rude, disrespectful and close-minded to the "lifestyle".  Granted there are many "Jadas" in the world that would not understand the lifestyle many singles and couples have chosen.  This story brought back a few juicy memories of my own.

There were a few SPAG errors or a missing word that disrupted the flow of the story. There were also a few conversations that were a bit stilted.  Two character inconsistencies had me second-guessing myself i.e. Carlos and the mother's "I told you so" at the end of the story. Despite those few flaws, I was not taken out of the story and found myself wanting more.


View all my reviews