The Makings of a Desperate Man 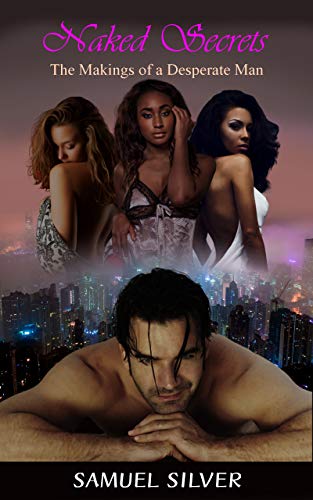 The Makings of a Desperate Man (Naked Secrets Book 1)

A riveting tale of pain, lies, desperation, and illicit pleasures.
Floyd ‘Mac’ McAbee is standing at the precipice of his life’s achievements. His once-blooming career is now a crumbling disaster, tumbling down the steep hill of prolific failure. And his once happy marriage has manifested into a raging war, with atomic bombs, laced with bitter venom being dropped at every turn. He can’t even remember the last time shared a fervent night of sultry passion with Alisha. But a man has his needs. And so does a woman.

Mac and Alisha’s hidden desires crescendo into burning urges, unbearable to resist. They soon find themselves drowning in illicit lives of sin, covered with lies and endless deception. But lies, as ugly as they are, have a way of stepping into light when least expected. They tear whatever that’s left of Mac’s achievements to shreds, leaving him dangling at the edge of despair. But little does he know of all the exotic pleasures that await by the other side of adversity.

Book Review
This story centers on the marriage between Alisha and Mac. Both were unfulfilled and both chose a path that would lead to lies and deception. Arriving home feeling defeated and bracing himself for another night of arguing, he was met with a sight he was not accustomed to seeing. His wife was jovial and dressed to please.  Her odd behavior leads him to believe she is having an affair. An affair he doesn't know how to address with her. His solution was to install a camera and spy on his wife to get the proof he needed. Unbeknownst to him, he was about to be set up to lose it all. I think the author has the potential for an interesting series. I want to know more about Alisha, Stephanie, and Mac. How is that Stephanie knew of Mac's physical prowess? What happened to Alisha?

There were a few instances that were a bit distracting ie. pronoun & proper name mixups, the overuse of proper names, and incorrect word usage. There were a couple of scenes that didn't make sense, but this is fiction so they get a pass.  I think the content that was provided was relevant. The story followed a clear outline setup. The characters while not developed yet have the potential to be entertaining in the sequel.  I don't want to go into specifics and give away spoilers, but let me know what you think by securing your own copy and supporting the author by leaving a review. This is a quick romance with erotic & dramatic elements that will appeal to those short on time and need just a hint of spice.