Give My Everything (Hermosa Beach Series #3) 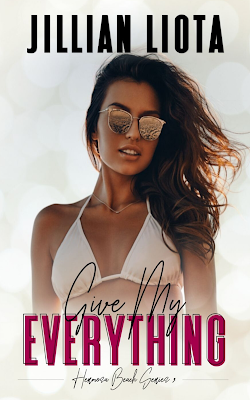 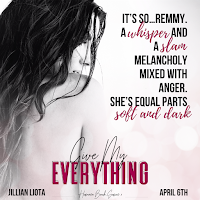 Ben Calloway is my new fiancé

When he suggests we get married, I nearly laugh in his face. That is... until he points out just how much I need him. I’m single, pregnant and alone in a tight-knit town I ran away from five years ago.

I’ve burned every bridge there is to burn in Hermosa Beach, and assumed my life would just continue to go up in flames. But who knows?

Marrying Ben just might be the answer to all of my problems.

Remmy Wallace is my new bride-to-be 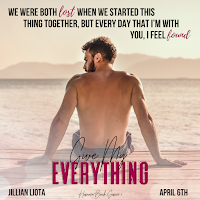 I wanted a family once. Until an act of betrayal stole my vision for the future. Now, I’m lying in wait until I can figure out how to bring down the man who hurt me. And marrying Remmy could be exactly what I need.

She wants to know what I get out of the deal, but what am I supposed to say? Not the truth, that’s for sure.

My reasons are my own, and I plan for them to stay that way.

You can purchase today's release as well as the entire series by clicking one or all of the images below. Happy reading!


About the Author
Jillian has been writing since she was old enough to hold a crayon. Her very first book, about a mermaid, was printed into hardback when she was just 5 years old. (Thanks for paying for that, mom and dad!) Over the years she continued to write fiction, primarily based on her own life. She went to college, then grad school, and began working in university settings in the U.S and New Zealand.
In her mid-twenties, Jillian read her very first romance novel and was instantly hooked. Her first (real) novel, The Keeper, released in November 2016. Since then, she has released three other novels to much positive feedback and continued interest. Jillian currently lives in Kailua, Hawaii with her husband, Danny, and pet minions, Maia, Amelie and Hobo.