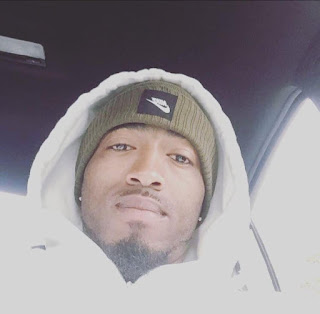 I recently had the pleasure of communicating with a new Indie Author by the name of Leonard Garlins from Charlotte, North Carolina. His debut novel, released April 2019, is the tale of Ja’Quan Smith who comes home after an 8yr prison stint to team up with a childhood friend and creates his own drug kingdom. A kingdom that rises until betrayal enters the picture. When you pick up the story what will stand out is the authenticity that is front and center. The author chose to add realism to Ja’Quan’s story by incorporating some of his own truths. His colorful life coupled with heavy influence from best-selling urban/street literature great Shannon Holmes, gave birth to his first novel.
After receiving his second prison sentence, he began letting out his frustration on paper. That frustration turned to hope and that hope turned into the realization of a new future. Upon his release in 2013, he was enrolled in a transition program designed to help him assimilate into society. He left the program with a better understanding of himself and how to interact and deal with differing personalities. It also intensified his new found creative passion – writing. Determined to choose a different path, he threw himself headfirst into writing attempting to remove distractions from his day to day life and focus on his new title of Author. He used his sometimes turbulent life as the backdrop to his first fiction novel. The first 3 weeks after its release, he received positive feedback from his readers, which he believes is due to the fact that a few of them had similar backgrounds. While his childhood aspirations did not include writing as his “hustle”, he plans to leave his mark in the ever-growing urban and street literature genre. He no longer has a need to immolate those that came before him by pinning his future on the streets.
In the five years that he has been home, he has worked hard to keep things on the straight and narrow by focusing on changing his way of thinking and becoming a positive and productive member of his community. While 2017 proved to be a minor setback, Mr. Garlins has refocused his attention and is going full force into creating his own kingdom and making it something that he and those in his community can look back on with pride. The sequel to Trapped is in the works as well as an online store with merchandise exclusive to the Trapped author. When he is not writing or working hard to solidify his new future, he himself is an entertaining storyboard for family and friends alike with stories of his past life. However, he leaves new authors with a cautionary note “Read your contracts thoroughly and do your research on anyone you plan to enter into a business relationship with in the future. Protect yourself and your work.” 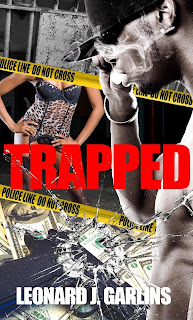 You can reach Leonard Garlins via Instagram @trapped_garlins or leonardjgarlins@gmail.com. Trapped is available for purchase via Amazon.

I'm Doin' Me 2 by Anna Black My rating: 3 of 5 stars                                         Description Tiffany Richardson went from the bottom to the top in a matter of months, because she stumbled into a job that landed her executive producer and head writer for a hit television series called Boy Crazy. All was well and things were perfect for Tiffany until the day she got the news that her show was going to be canceled, before going home to catch her man in bed with the hired help. Determined to find a new home for her show and to get over her two-timing ex-boyfriend Jeff, she seeks out every network on the roaster, but get's nowhere until she gets interest from TiMax, a cable network ran by Langley Green, father of Tressa Green who happens to be the fiance of Tiffany's old high school crush Kory Banks. The queen of L.A. Tressa, Kory's soon to be bride, not only wants to keep Tiffany and Kory apart, before they jump the broom, she also wants